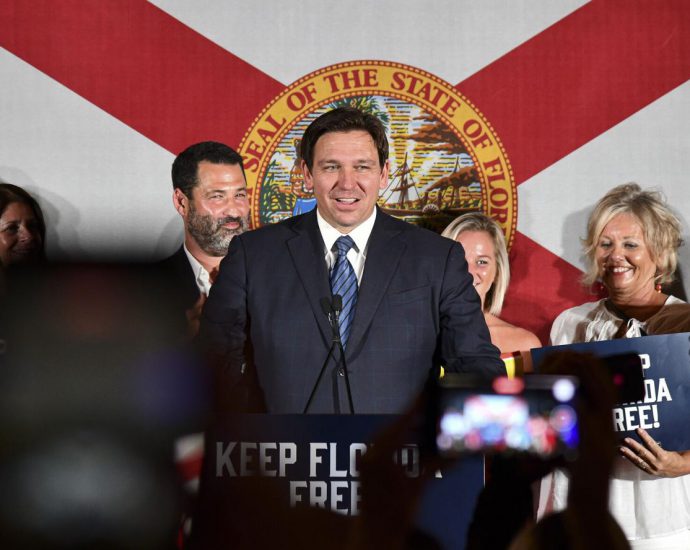 At the same event, Florida Realtors® Political Action Committee (Florida Realtors PAC) officially endorsed DeSantis in his race for a second term as Florida’s governor in the upcoming November election. Florida Realtors President Christina Pappas introduced the governor and said DeSantis asked the Realtors to hold announcing the endorsement until he had a chance to address Realtors in person.

Pappas called the governor a “long-time supporter of the real estate industry,” and a man who deemed real estate an essential business when the pandemic began. “He also supports the state’s affordable housing efforts, including $100 million for the Hometown Heroes program.”

In his address, DeSantis recounted pandemic challenges and how the state handled many of them.

“We ended the fiscal year, June 30, with by far the largest budget surplus in the history of the state,” DeSantis said. “You guys (Realtors) know better probably than anyone, but we saw an unprecedented migration of people moving into states like Florida.” In 2020, the latest year data is available, “We led in net migration – $20 billion in adjusted gross income moved into the state. … There’s never been any year in American history that saw that kind of wealth moving into the state, and we did it two years in a row.”

DeSantis also addressed the Hometown Heroes program, which he signed into law – an initiative strongly backed by Florida Realtors.

The Hometown Heroes program is “very important when you have a lot of folks who represent the staples of communities … how are they going to live in the community they serve. If they have to commute and hour, an hour and half, that’s not ideal.”

DeSantis said the program has had a great response so far. “It’s probably a model that we’re going to build off of in the next legislative session, so stay tuned for that,” he added.

In addition to Hometown Heroes, DeSantis said he and the legislature are “looking to do some stuff on the ballot, including some property tax relief.”