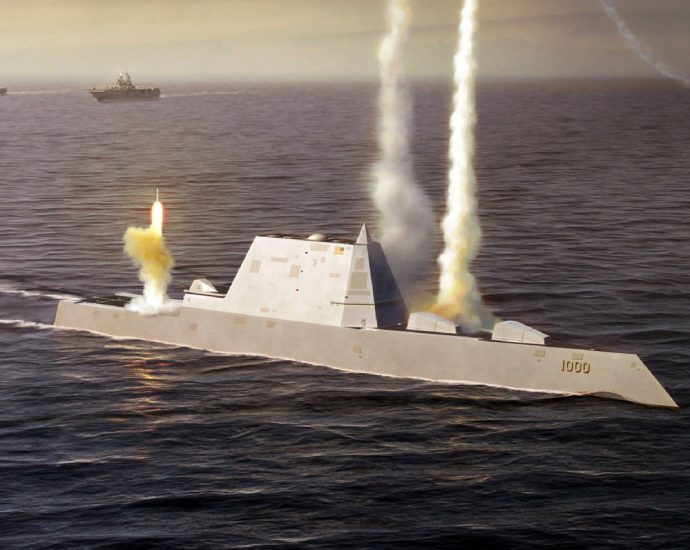 The U.S. Navy plans to install its new hypersonic land-attack missiles on the first warship to get the missiles, the stealth destroyer USS Zumwalt.

And in the years that follow, the Navy could arm as many as 23 ships; all three Zumwalts as well as 20 late-block Virginia class attack submarines, with the Conventional Prompt Strike missile.

The eight-ton, three-foot-diameter CPS missile can travel farther than 1,700 miles at five times the speed of sound or faster. Exact specifications are classified.

The missile’s speed and range make it a key weapon for the Navy as the service prepares for possible war with Chinese forces in the western Pacific Ocean.

2022-11-21
Previous Post: Artemis spacecraft arrives at the Moon
Next Post: Faraday Future may not be able to deliver its luxury EV
My Tweets