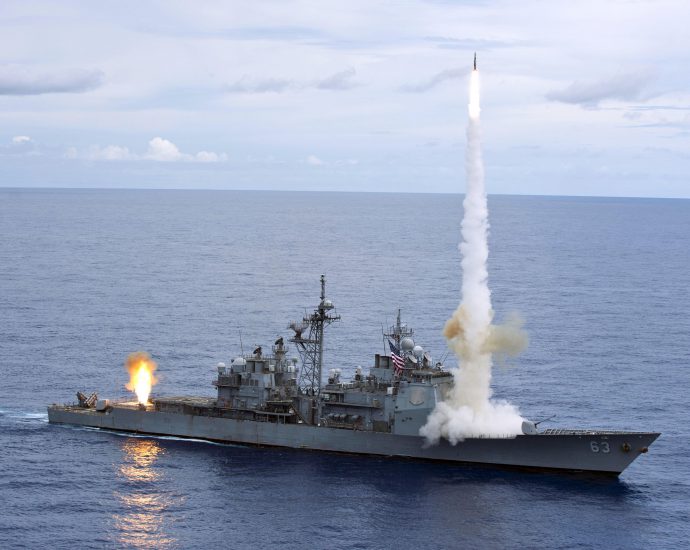 US Sends First Warships Through Taiwan Strait Since Pelosi Visit

US Navy warships have entered the Taiwan Strait for the first time since House Speaker Nancy Pelosi’s visit to the self-ruled island tested ties between Washington and Beijing.

The Ticonderoga-class guided-missile cruisers USS Antietam and USS Chancellorsville are conducting a routine transit through a corridor of the strait beyond the territorial sea of any state, the 7th Fleet said in a Sunday statement.

“The ship’s transit through the Taiwan Strait demonstrates the United States’ commitment to a free and open Indo-Pacific,” the Fleet’s commander said.

The Chinese military followed the US cruisers, the People’s Liberation Army said in a separate statement, adding that it was on high alert to defeat any provocations.

The Biden administration vowed to continue such routine transits after China responded to Pelosi’s landmark trip to Taipei earlier this month by firing ballistic missiles over Taiwan. China considers the self-ruled island its territory and protests diplomatic exchanges with Taipei.